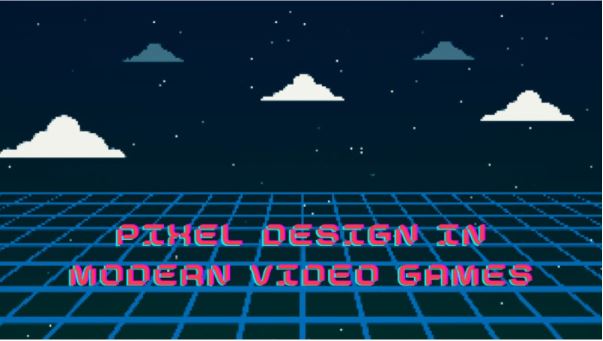 When computers and mobile devices were not endowed with powerful hardware, pixel graphics were widely used. It provided the correct display of the picture on the screen. The first pixel games were received with enthusiasm because the audience was not spoiled with game software products. Many people remember the video games on floppy disks that were inserted into the Dandy console with a running kolobok eating dots or games of tanks with the defense of the base.

Rapid technological advances have almost closed the book to pixel creativity by offering smooth animated 3D images. However, there are still a large number of enthusiasts who have kept the popularity of pixels alive by developing games and video slots. The range of

Canadian free slots have such items, all you need to do is to choose a reliable casino and find a provider.

What is pixel art and why does it remain popular? What famous games are created in Pixel art?

Features of pixel pictures and popularization among users

Pixel graphics is a digital image created through raster editors. A picture consisting of pixels – tiny squares – acquires a specific reproduction at a low resolution. The more the image is scaled, the stronger and larger the pixels appear.

Previously, this option of game design was used solely because of the poor performance of devices, but today it has become a separate trend that has won its fans.

Why do some developers still use the pixel format in their interface design? There are several reasons:

The most famous video games in pixel graphics

Here are the games that are in demand among contemporary gamers and, despite the solid “age” of some of them, show high sales and download rates.

This adventure RPG does not feature any modern graphics but has conquered the hearts of millions of people by its storyline and the story it tells during the game’s run through. The game is full of dialogues that tell the meaning and essence of the game, its backstory, and share the doubts of the characters.

The storyline unfolds at the hospital bedside of an elderly dying man named Johnny. Two doctors are helping to make his wishes come true. This can only be done by diving into his brain to understand what he wants. First, they meet an old man, then an adult man, then a young man, and then a child. The task of the doctors is to send him to the moon, which is exactly what Johnny has dreamed of all his life.

Freebird Games released the project in 2011 and since then the game has received many awards and distinctions.

The 2019 video game by Indefatigable has received almost 100% positive reviews on Steam. At first glance, not even everyone will recognize the pixel format because the graphics have been very well worked on and every single fragment has been detailed. However, the old-school picture can be seen and it does not spoil the impression of the game at all. Such themes as mysticism, evil, and parallel worlds are always popular with gamers, especially if it is supplemented with exciting gameplay and multifaceted storyline. The player has seven completely worlds available to travel. They are dramatically different from each other. You will fight in medieval castles in one world, and in the next world get to soaring islands with new opponents.

This is unique in its kind of game that seems simple and uncomplicated only at first glance. As players begin their journey, they will find themselves in a tangled structure of different passageways and exits to collect different pieces and continue to explore the world. The pixel-based interface has benefited the project making it special, cute, and attractive.

The platformer-puzzle game was released in 2012, the developer is Polytron Corporation. A distinctive feature of the gameplay is that you have to choose the right or only way by scrolling the screen, finding the right angle for further movement. Another interesting feature is the hidden secrets that not everyone can find spending more than one day playing the game.

Two-dimensional graphics seem three-dimensional due to the projection that features the gameplay.

You will have exciting 2D battles with computer bots or with real people online that will surely entertain you. Pixel interface is full of colors, but not overloaded graphics. The developer was able to find the perfect balance. Multiplayer fighting game offers to choose one of the elements:

According to the element, the character will be endowed with abilities, which will have to be applied constantly, as the arena provides continuous battles with opponents. There are 12 characters to choose from and two more to invite. Each character has his own skills that are different from others. This attracts gamers the most because similar projects can’t please with such variety.

The game by Do My Best Games was released in August 2016. It surprised users with its storyline and dynamic gameplay. The player becomes a train driver in a post-apocalyptic world, which is attacked by unknown zombies. Once in the thick of things, the hero must not only survive but also perform other tasks: All this happens against the backdrop of stunning scenery and an appropriate voiceover that gives you goosebumps. The success of the video game is achieved due to the atmosphere and depth of the picture, which could be created by indie developers unknown to anyone.

Slots of this version appear more and more often in online casinos, providers have noticed their popularity and demand among the older audience, which still remembers the remarkable Mario. It is this category of gamblers that is deemed to be the most solvent users, so the developers are not wasting time releasing more and more new pixel online slots. Let us look at the most famous ones as of today that are played by thousands of gamblers.

Flame Busters is a slot that is more like a game, as the playing field unfolds a real storyline. A total of five reels in three rows are available to the player, and the cells on them are made in the form of windows of multi-story buildings that the characters look out from.

There are firefighters on both sides. They extinguish the burning wild, so it produces a new icon. And after collecting three fire alarm bells, 10 free spins will start. During spinning, you may collect an additional 2 and go to a new level.

This slot machine by Thunderkick is endowed with a completely unprecedented RTP rate of 99.93%, which means regular winning combinations and frequent victories. 243 probable directions add up to a chance for a substantial sum, so this slot is very popular on all virtual platforms.

The novelty by SYNOT was released in May 2021. It quickly became a hit due to the original presentation and interesting gameplay. The game is to be played on five reels in four horizontals, where 30 winning combinations are possible.

There are the following symbols, starting with the highest paying:

The rest of the symbols have the lowest value from x1 to x0.6 to the bet.

All of them can be replaced by the expanding wild, with which you can get up to x2,000 to the bet amount.

Pixel graphics are not a sign of an outdated or cheap game, but a modern marketing solution for companies to attract new users. Video games and online slots with such a design look attractive, simple, and captivate with the storyline.

Some Health Benefits of Wine

Take Your Gaming Channel To The Next Level

How can I use my air conditioning unit during the summer heat?

How to convert a PDF file to Word in different simple ways?