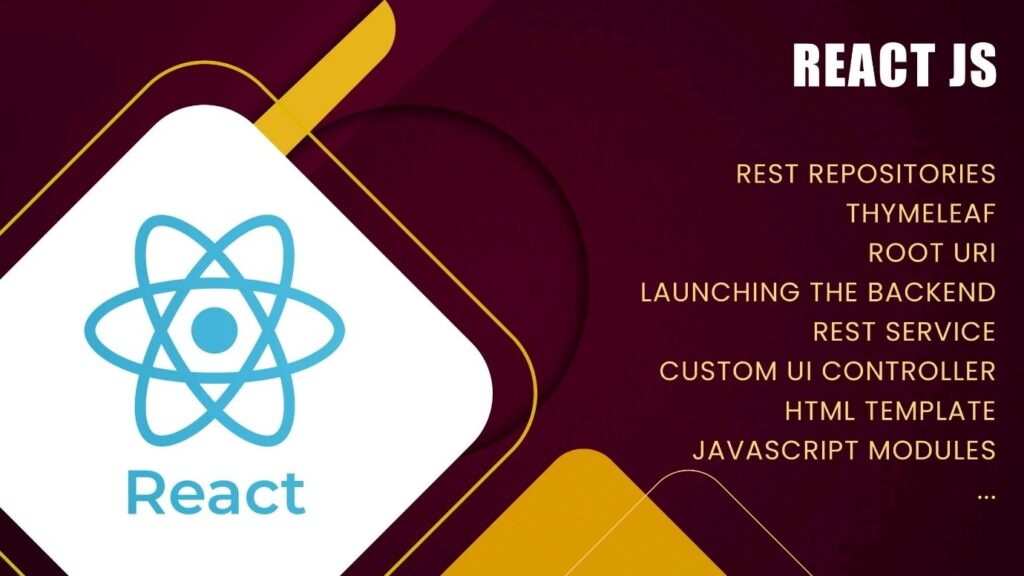 React is a front-end library in Javascript which is mainly developed by Facebook. One of the simple manners of React is that it is a user interface library that is used for building UI components for web applications. Developers define components in the React language which involves the use of HTML-like syntax called JSX. These are encapsulated components that manage their state, making it easier to pass rich data to components and keep the state of application and components out of the Document Object Model. This feature offers React components with the ability to react dynamically and efficiently to change their state. A set of simple components in react course are composed into simple single-page applications.

React JS provides an effective solution to some front-end programming continuous issues that allows one to build dynamic and interactive web apps very easily. React JS is one of the fast, scalable, flexible, and has a robust developer community that grows effectively. The essential skills that an IT professional must own is that one must have a strong understanding of React’s most essential concepts such as JSX, Class and function components, props, state, lifecycle methods, and hooks. One of the main prerequisites of React course is that one must have a strong foundation in JavaScript as well as basic HTML.

React course is used for frontend web apps to detect user input, fetch data and even update UI with data. React does all this with valuable performance. As there is no predefined manner to structure the app, one must ensure you get the most from React. React is a library that is of helpful function and modules that pull into the app as and when you require it. React is mainly used in building applications such as Facebook, Instagram, and WhatsApp. React is also used by Netflix, The New York Times, Airbnb, Discord, etc. React mainly provides the interested individual with a structured way to create frontend UI components, handle user input, update UI components efficiently.

With an advanced React course, interested candidates will master the fundamentals of react- an important web framework that develops a user-friendly interface including JSX, props, etc. This course helps in dividing deep into concepts such as Redux, covering topics like reducers, actions, and state trees. The main objective of React course certificate is to help individuals get familiar with the process and this even nourishes the skills of one to become React developer. The skills that are covered include React components, react state and props, react event handling, routing in react, ES6, React redux node package.

React JS is a versatile JavaScript library that builds an innovative user interface. This is used by companies such as Facebook etc. Individuals who are planning to create UI/UX solutions for mobile apps or the web must learn this language to improve their working skills. The eligibility criteria of React developers is that this certificate is mainly designed for web developers who create and design UI/UX solutions for both mobile and applications. Individuals who hold knowledge of Javascript are eligible to learn this course.

Let us even check the benefits of React course:

React course is effective for individuals who are working with function and class components in React. They manage an application state and be able to build simple react applications from scratch. No prerequisite is available as no previous knowledge about React is needed. Interested candidates will be comfortable with JavaScript language to get most of this course.

Reasons why React should be chosen?

Let us have a look at the below-mentioned reasons why react should be chosen:

React holds the capabilities that are suitable for many types and sizes of the project. React course is one of the best programming languages that embrace diverse groups.

PDFBear: Your Best Bet for School and Work Document Needs

Exactly how To Take care of [pii_email_4dd09cddea0cd66b5592] Error Code Solved

Why You Should Be Careful in Using Websites like Madrasrockers?