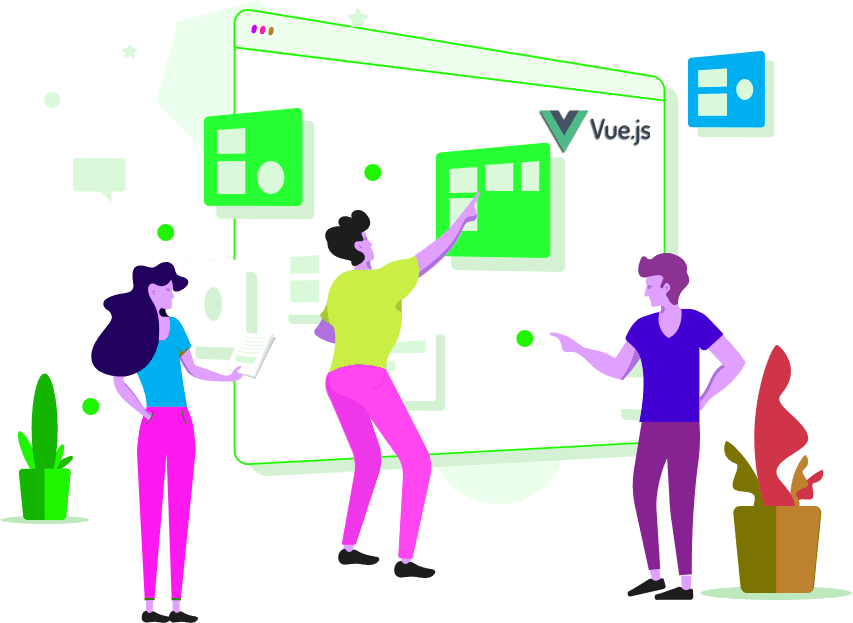 Mobile applications are the need of the hour and this is why there are over 5 million mobile applications available, where a major number of apps are on Google Play Store. The app has taken almost all the major domains(Dominios) including healthcare, medicines, hospitality, food, taxi booking services, and others.

Moving on, since there are over 5 million applications available, the competition among the apps for the same purposes is getting high and fierce. Any loophole in the app and it is out of the race. This makes any leading mobile app development company look at every parameter and side, along with keeping an eye on app development technologies, to come up robust app in the end.

Thus, other than the right framework, UI/UX designing approaches, and others, the part of mobile app technology is the most important one for an outstanding result. Keeping the same thought in mind, there are many mobile app development technologies, Vue.JS is considered by a major number of app developers for the same purpose.

Vue.js is one of the flexible technologies used by leading app development companies for developing modern, light-weighted, and robust applications without the need to employ a lot of resources.

Also, it is an open-source progressive JavaScript framework meant for building great UIs. This is the reason, a major number of developers are opting for it.

If you are also planning to invest in mobile applications, let us understand why VueJS can be a perfect fit for your next business venture.

VueJs is scalable and flexible, making flexibility the first option to go ahead with VueJS.

Also, because of flexibility, Vue can also be used for big, modular SPA (Single Page Apps) along with making its use for constructing small, interactive parts. These can further be integrated into different technologies too.

The boilerplate coding is time taking and requires a good lot of resources too. To ease the task, VueJS can be used that helps in offering built-in solutions along with enforcing effort saving conventions.

Also, some of the built-in solutions support various things like composing components, state management, animations, and others.

With the help of Vue-CLI, developers can work on projects using their choice of tools. The CLI is quite flexible when comparing it to other similar offerings from competitive players. Also, it provides preconfigured setups for the app development process.

Other than that, there is also the availability of Vue GUI that helps in the beginning with the project without the need to type cryptic commands into the terminal.

VueJS also carries well-written documentation that helps in learning about the framework in a fluent manner. With community support available, one can ask for a solution as and when required to get answers.

Any app that is performing well also requires timely maintenance in order to sustain and stay with the heights. However, many a time, the timely mobile app maintenance often missed by the app investors that results in lowering the success rate of the application.

To get things done in a timely manner, VueJS can be considered for easy updates.

As VueJS is a newbie in the town as compared to other major mobile app technologies, thus, developers and the community members associated with it sees it as an opportunity to learn from the competition and their mistakes.

As mentioned earlier, any app that is performing great in the market also requires maintenance in order to eliminate bugs, issues, glitches, and other issues from the app. To give a push and a boost to the app, rewriting everything in Vue can be proven a great success.

Also, because of its progressive nature, it is the framework that can be introduced to the codebase without the need for reworking.

Vue is also considered the best because of it being small in size, also, it is performant as compared to similar apps developed in other frameworks.

Other than that, Vue is the framework that can take care of its optimizations on its own, eliminating the need for developers to tweak the application as per its performance and growth in the market.

Instead of these factors, developers can simply concentrate on adding more better and value-oriented things to the app. Apps that are made with Vue are scalable and can be moved from a simple one-page app to an advanced system.

Possessing a great number of advantages, Vue is gaining popularity in the world of mobile app development.

Also, as compared to other technologies for mobile app development available, VueJS is still considered easier in terms of the learning curve. Thus, existing developers can also learn the framework in order to integrate it for the mobile application.

Great Video Games That Await Gamers in May