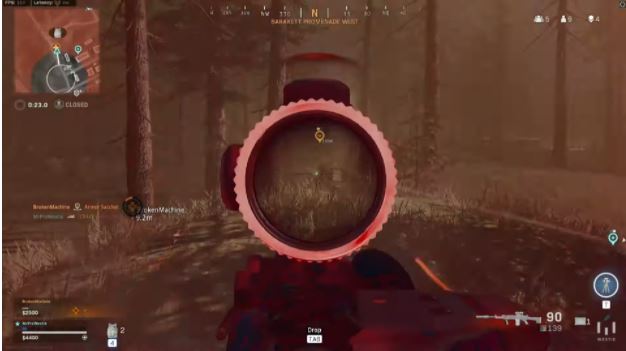 We all love Warzone but winning the game can be challenging. So, if you’re starting to play this game, you must understand the game mechanics thoroughly. Also, bear in mind that battle Royale games require grit, patience, and tactics. That’s why many peoples experience difficulties the first time in Warzone until they master the game a little bit.

However, if you want to shorten the learning curve in Call of Duty Warzone, you can rely on Aimclub for excellent pro tools. Moreover, we will share some tips that professionals employ in their gaming to help them win.

Check them out below.

One of the first actions to take is understanding the battleground before landing there. If you don’t know the Ins and Outs of the environment, it’ll be tough to play well. The Warzone Map for battle Royale game Verdansk 84 and is very large. Once you land on the map, you’re supposed to start looting for early weapons until your Loadout drops. If you don’t understand it, you won’t know where the next circle will begin. Bear in mind that the circle is safe to stay in because outside, it means depletion and death.

Moreover, if you want to travel the map faster, you can use the subway. Another reason to understand the map is looting, gas border, Buy Stations, and vehicle location. First, if you want to grab good weapons and equipment, you must know the right places on the map to focus. Also, the gas border is a location to avoid unless you have a gas mask. Finally, buy Stations that hold your loadout drop, and the vehicles help you move fast and even serve as cover. So, understanding the map is crucial to better performance.

We all know the importance of weapons for battles. Thankfully, you can choose the right ones before you land on Verdansk and then get them to drop for you while playing. Preparing the best weapon class with advanced weapons is the way to go. Also, knowing the way each gun works, especially the recoil and spray pattern, is very important.

According to pro players, your winning starts from the weapon selection. That’s why they recommend that new players should make good results when using the pre-game lobby so they can unlock skins, attachments and earn XP for making kills. Also, make sure that your primary and secondary weapons are the best combination ever. For example, the former can be a short-range gun while the latter must be a long-range gun to enable versatility in weapons.

Another thing to learn is that many weapons have 4 different damage positions while some are 2. For instance, assault rifles deal damages on the head and other places, while some have for limbs, chest, stomach, and head. So, check the stats for each gun to aid your choice. But some of the weapons we love in Warzone include Grau, M13, FiNN, SP R 208, MP5, FAL, MP7, and HDR. SO check them out to see how they’ll work for you.

The first important thing is where you land and the timing since you’re playing for the first time. If you don’t want to die early, then land far from other players. You can choose some spots a little far away from other players, so they don’t notice you early. The only thing is that looting might take you longer, but you will be safe.  However, if you’re jumping to enjoy the shootings, land hot where many players are waiting.

Another thing is the timing. If you land early, you might loot the best available weapons before others get there. Also, you might wait and start shooting other players while they’re still on the air.

Cash is very important in Warzone. It helps you to buy your loadout drop and also grab some advanced weapons and upgrades. Another thing is that you can help your teammates with the money you make to upgrade their weapons too. Also, when a teammate dies in the gulag, you can buy him back with cash too.

Thankfully, there are many ways to get cash. The first is open looting which involves searching crates to find money all over the map. The second is searching fallen players for their cash, while the third is to complete the contract: Recon, Scavenger, Most Wanted, etc.

‘Some of the strategies to employ include using your armor plates to protect yourself, positioning yourself to take the enemies by surprise all the time. Also, watch the compass and mini-map to identify the enemies easily. Another strategy is to use UAVs to pinpoint where the enemies are and get the “Self Revive Kit.”

Others to keep in mind include using enemy sounds to locate them and using the right Perks such as Cold-blooded, High Alert, Ghost, and Overkill.

Playing Warzone for the first time can be daunting for anybody. That’s why you need to understand the game and use the best weapons. Also, don’t forget the pro tools that can simplify the game and how vital your loadout is when fighting the battle.

Old School RuneScape – How to Get Started

Business for Dummies: How to Increase Sales

Why Should You Go For Qualtrics Alternatives?